How Much Do You Know About Eurogame And Ameritrash

We know that board games can be viewed from broad and narrow perspectives. On the one hand, from a broad point of view, it refers to all games that can be played on a desktop or a platform, which can be clearly distinguished from video games, and it can also be called tabletop games. On the other hand, in a narrow sense, it refers to board games, that is, games of placing, removing, and moving on a specific board. And the board game we are going to talk about today refers to the division of board games in a narrow sense. Although strictly speaking, the division between German-style board games (Eurogame) and American-style board games (Ameritrash) is not clearly defined. It is only the influence of cultural and historical factors that cause differences in the mechanics and gameplay of different game designs. Especially after players enter the game state, they will have a distinct sense of differentiation for the various mechanisms encountered in the game. For example, in some board games, there is a large proportion of the dice mechanism, which will make the player's gains and losses in many stages sudden. For games with a small proportion of dice, the entire game process may be relative peace. Under this distinction, we will think that these are two completely different types of board games. 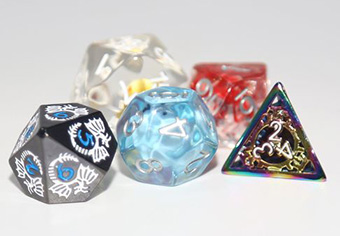 In a nutshell, board games originated in Germany, and in the beginning of the twentieth century, it was just a game used by the upper class for entertainment. It gradually spread to ordinary families in Germany after World War II. It was not until the 1970s that the concept of the board game began to be slowly established and gradually developed in other European countries and the United States. And it's mostly for family members who come to play during the holidays or after dinner party time. The Ameritrash is developed based on the Eurogame, but it is very different from the Eurogame. The main types of Ameritrash are TRPG and Wargame, and in addition to card games, almost most American board games have "original books", that is, from a certain video game or comics, and many Ameritrash contains a large proportion of the dice mechanism. Next, let's compare the main differences between Eurogame and Ameritrash.

The first is game time. The game time of Eurogame usually does not exceed an hour, but Ameritrash often takes more than 2 hours or even a whole day.

The second big difference is that German-style board games tend to be very peaceful, with almost all players able to experience the entire game in a friendly co-op environment. Unlike Ameritrash, you are often out of the game because of a certain part of the game, it may even be at the beginning of the game. For example, in Nemesis, if you don't consider enough aspects or have bad luck, you will likely be out in less than half an hour.

The third is the complexity of the rules of the game. The rules of the Eurogame are relatively simple. Players are often easy to get started, and there are not many choices in each round, so there is no need to spend a lot of energy learning. The rules of Ameritrash are relatively complex, and there will be many details that need to be paid attention to. The manipulation of a large number of details also increases the maneuverability of the player. For example, Tainted Grail: the Fall of Avalon, which has a rich storyline, while enriching the overall image of the story, also requires players to spend a lot of time reading. At the same time, different choices will produce different plot trends, and there will be constant surprises.

The fourth is the richness of board game accessories. Eurogame is often attractive in patterns, such as the healing Flamecraft, which is characterized by rich and mild colors and colorful wooden board game parts. Ameritrash often has a large game board and is supported by a large number of miniatures, which often give players a gorgeous feeling. Such as Black Rose Wars, it can be perceived as gorgeous from its delicate outer box.

The last is the use of the dice mechanism. In Eurogame, the proportion of dice is usually very low, while Ameritrash often uses a large number of dice mechanisms to increase the thrill of the game. Such as Monopoly and Assassin's Creed: Brotherhood of Venice and so on.

Of course, in addition to these differences, there are also other differences, such as the abstractness of Eurogame is greater than that of Ameritrash, and some rest time is often added to Eurogame. 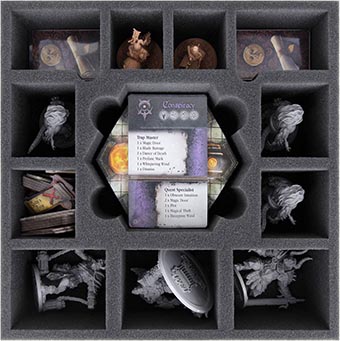 From a strict point of view, Eurogame and Ameritrash are only a rough distinction that people understand, and board games do not indicate which category they belong to. They are also games that require 2-6 friends to play, if you like, you can also play them as a single-player game. The design of the game will be applied to many aspects such as history, economy, war, culture, art, construction, social phenomena, etc. Some of them are derived from well-known video games or cartoon board games. Because it has a large number of fans, so more easily sought after by players.

From the perspective of board game manufacturing, whether it is Eurogame or Ameritrash, cards are an indispensable part of game accessories. But compared to Eurogame, the parts design of Ameritrash will be richer and even more dazzling. If you don't understand the gameplay of this game, you may not know the function of some accessories, such as Nemesis's scanning card, ISS Vanguard's Planetary Scanner, and so on. At the same time, Ameritrash will also include a variety of custom dice and miniatures and will produce a large number of expansions at the same time. Eurogame will be more simple, players will easily understand the usage of each part of the board game parts, and there will be fewer miniatures, among which the Eurogame will use more wooden parts. After these comparisons, do you prefer Eurogame or Ameritrash? If you want to learn more, please click.