You Will Never Believe These Bizarre Truth Behind The Ancient Manor

Most of the dark-theme board games that we have come across are based on sci-fi movies, magical worlds, and comics. The biggest special thing about Escape the Night is that it comes from a reality show of the same name. As a very popular reality show on YouTube, Escape the Night has now been updated to its fourth episode. This American board game is based on a spin-off of the series, in particular, it was released by the show's host Joey Graceffa. In an email to fans, he said he wanted to create a way for longtime viewers of the show and people who didn't know about it to go home with a piece of it. And one board game just meets the feasibility of this idea. Therefore, Escape the Night will also inherit the same theme - fantasy and horror manor adventure. This is a dark death-themed board game. As the owner of this manor, Savent will invite you to visit the old manor that only existed in 1920. At this time, it is discovered that the ancient demon has occupied the entire manor. Players will explore various rooms as an explorer, looking for signs of the Anti-Evil Society, fighting various terrifying monsters, and deciphering clues to collect precious artifacts. You can only return to the real world after the paper has collected nine cursed artifacts. Everyone must flee there before sunrise or be devoured by monsters. And throughout the game mechanics, while cooperation is an important game mode and is more beneficial for players to complete tasks in a faster way, a vote is required at the end of each round to allow two players to fight each other in death challenges. Escape the Night can meet the needs of eleven people to play together. Compared with many RPG board games, it can meet the needs of more people to play together.

Eastar is honored to undertake the manufacture of Escape the Night. It is a cardboard game, and it will use cards to drive the entire game. In Escape the Night, we will see the most abundant card types, including various character cards, monster cards, clue cards, and old object cards. In the voting stage of each round, it has specially designed a custom voting tray for it, which has 11 voting ports to achieve voting in the case of maximum participation. While this voting session is brutal, the voting tray is exquisitely crafted. In the final round, a custom game turn tracker will be used to complete the collection of the last artifacts to stop the evil by reaching the foyer through the mysterious man. Additionally, the manor room floor plan game board and special game tiles with SAE glyphs will be used throughout the game. These board game components are all made of cardboard of different stiffness and thickness, under the premise of meeting customer needs, Eastar uses the highest standard of paper products to complete, making all custom cards reusable. There are also plastic dice and a special Hourglass. In particular, Escape the Night also has exclusive miniatures. Darkness is the keynote of the entire game, and almost all board game parts are composed of black and various dark colors, among which light will be the most obvious feature of all game parts. On the cards of all characters, it is easy to see that its painting style is still realistic, and it shows the characteristics of each character through the depiction of details. 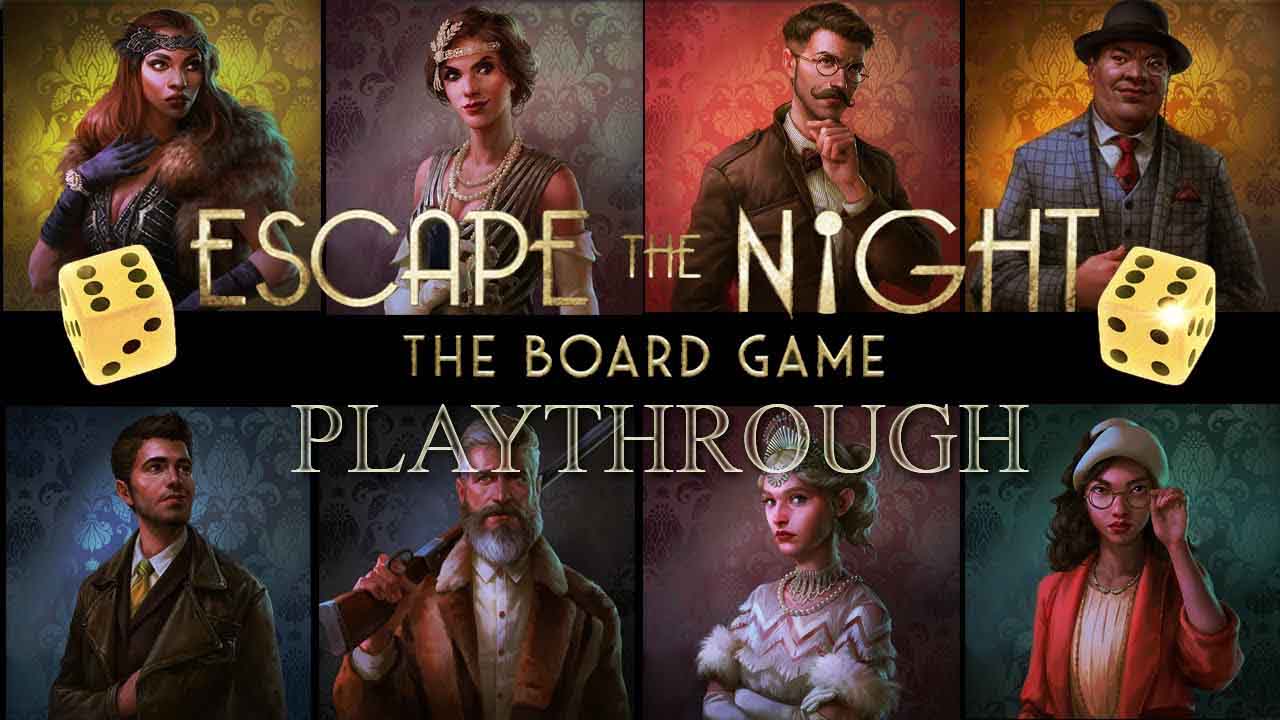